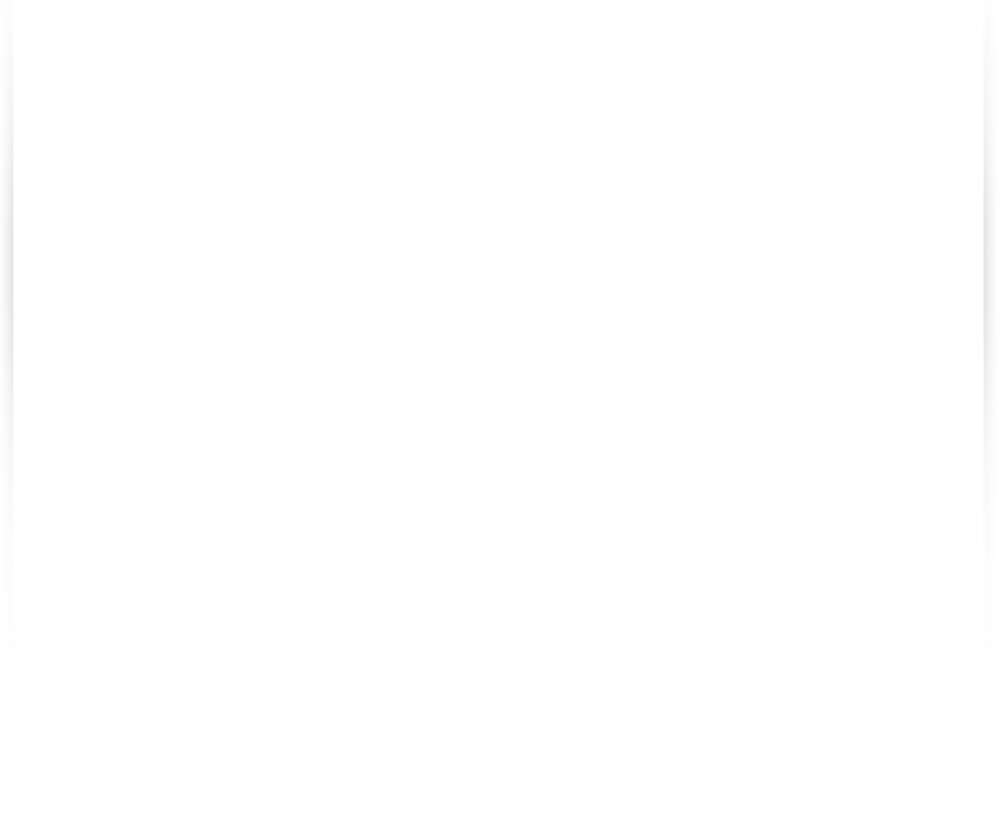 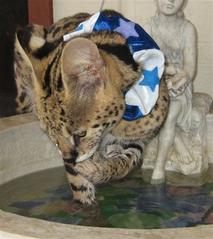 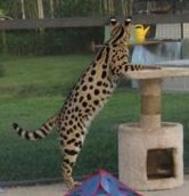 Serval Cats are medium sized, fun loving and playful cats weighing approximately 20- 35 pounds and standing 15-30 inches at the shoulder at maturity.  The males tend to be larger than the females. There are currently 14 different sub-species recognized. They are kept as pets by many people and in the right household, they do make good pets. However, you do have to change your life to revolve around your Serval. You cannot take off on vacation for any length of time unless you have a very experienced person to care for your Serval that the Serval also knows and trusts. Many states require permits and land requirements as well to have a Serval. You must do your homework and think long and hard before bringing a Serval cat into your life.

Found in the savannah grasslands of Africa.
A Servals diet in the wild consists of rodents, birds, small reptiles, fish and anything else they can catch in the tall grass, or leap up and pull out of the air, that looks tasty.

The Barbary Serval from Algeria is the only Serval considered endangered by USF&W.

History of the Savannah cat

Savannah Cats were originally bred back in the 1980's by a woman named Judee Frank. Since then breeders have embraced her vision and have worked to get fertile generations of males to be used with the early generation Savannah females. Over the last few years, this dream has been realized. Most breeders including Marechal Cattery are now using fertile male Savannahs in their programs to create even more exotic looking offspring.  This was a long process of breeding with feline outcrosses to finally reach the distance needed from the Serval cat to have males that were actually fertile. So far there have been a very small amount of fourth generation males that are fertile with most males having to be fifth or later generations to be fertile. As we breed back to our Savannah females using the fertile Savannah males we will begin to set the type of the breed which is, large ears, long lean legs and bodies and large dark spots

Savannah Cats are a breed of domestic cat that mirrors the beauty of spotted wildcats and yet make a great house pet.  In fact, the very first Savannahs were created by outcrossing domestic cats with the graceful, long-bodied and long legged exotic Serval Cats.

To continue with the Savannah story......

The first Serval Cats were crossed with domestic cats as part of a research effort to study cat diseases.  After years of careful breeding, we now have the breathtaking and affectionate house cats that resemble the spotted exotic cats of the African grasslands.

The first offspring produced by breeding a Serval to a domestic cat is known as the "F1" generation.  F1 is a genetics term that means "first filial".  Many of these attempted crosses do not produce live young.  When the kittens do survive, the F1 males are sterile.  The F1 hybrid females, on the other hand, can be fertile and can be bred to other domestic cats.  This is how the Savannah breed was established.  Due to the difference in the gestation periods of a domestic cat and a Serval cat, the first generation kittens are sometimes born premature and require an incredible amount of care to survive.

When an F1 female hybrid is crossed, the next generation is called the F2.  Once again, the F2 Savannah foundation males are not fertile.  The females are once again usually bred to fertile Savannah males now that we have reached fertility in the lower generations.

The same is true of the F3 foundation generation.  A small percentage of the F3 males may occasionally produce some offspring. Normally an F5 is the first generation we try to keep to test for fertility.

These first three generations are registered by The International Cat Association (TICA) as foundation cats and only the F4's and beyond can be shown in TICA-sponsored cat shows for Championship.  F1s and F2s are often gorgeous, but should not be considered as pets for inexperienced households.    For example, they can be extremely active, a touch on the moody side and due to their size are often not good to have around young children. There are always exceptions to this, but in general, we do not recommend the F1's or F2's for homes with small children.

The fourth generation of offspring that have been breed to only other Savannah's for four generations are considered domestic Savannah cats.  TICA registers these as "SBTs".  SBT pedigreed Savannah's can be shown in TICA-sponsored cat shows and are accepted for championship status. They compete against all the other domestic cats in the show halls for titles.

A Savannah Cat makes a great pet.  By careful breeding, TICA affiliated catteries maintain the "wild" look but produce well-socialized pets.  Savannah's are often selected as pets by previous dog owners since they are often more sociable and playful than some other breeds of cats.

Savannah cats have long graceful necks, big ears and long legs. They are usually a bit larger than your regular house cat in height and length, and we strive for a nice short thick tail.

Their coats are short and as a result, they usually do not shed as much as longer haired cats.  The coats are often called "pelts" because they are so much like a fur-bearing animal's soft fur.  And of course, they are spotted to resemble their wild ancestors.

Did you know that more people are now selecting cats as pets than dogs?  This change appears to have occurred because most folks now work outside of the home for long hours.  Cats can be left alone with food and a litter box -- whereas dogs usually need to be walked.

Savannah cats often make good pets for dog-lovers as well as cat people.  Savannah's  are outgoing and enjoy games and interaction with their humans.  Some of our Savannah's like to play fetch.  A few will wear a harness and a leash.  Several like to play with water.  They greet you at the door and "talk" to you.   They never stop entertaining their households.

THE ABOVE INFORMATION IS COPYRIGHT PROTECTED - you may use it if you note the source on your site and ask permission FIRST.